SITE: Fountain of the Pioneers in Bronson Park

On Friday, I appeared before the Kalamazoo County Court and shared the distinct honor of being sworn in to practice law in the State of Michigan. After the ceremony, I visited Bronson Park, located directly next to the courthouse.

Bronson Park is home to Alfonso Ianelli’s Fountain of the Pioneers. According to an article in mlive, https://www.google.com/amp/amp.mlive.com/v1/articles/19035950/controversial_statue_in_bronso.amp, “The Fountain of Pioneers, designed by Alfonso Iannelli and installed in 1940 in the downtown Kalamazoo park, depicts a settler standing above an Indian in full headdress. Iannelli said in a 1940 statement that the statue is meant to convey “the advance of the pioneers and the generations that follow, showing the movement westward, culminating in the tower-symbol of the pioneer while the Indian is shown in a posture of noble resistance.”” The fountain was intended to depict the history of Kalamazoo.

The fountain looks like it needs some love and care. It was not running so the pool was empty. Because it was empty, I was able to get up close to the statue. I hope Kalamazoo can restore the statue so it can once again spout the water into the pool. 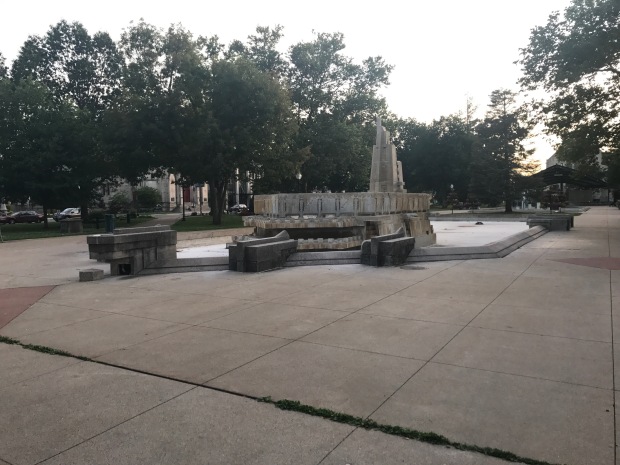 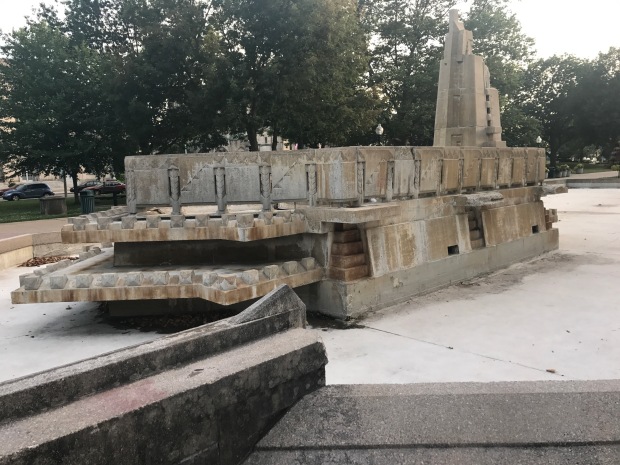 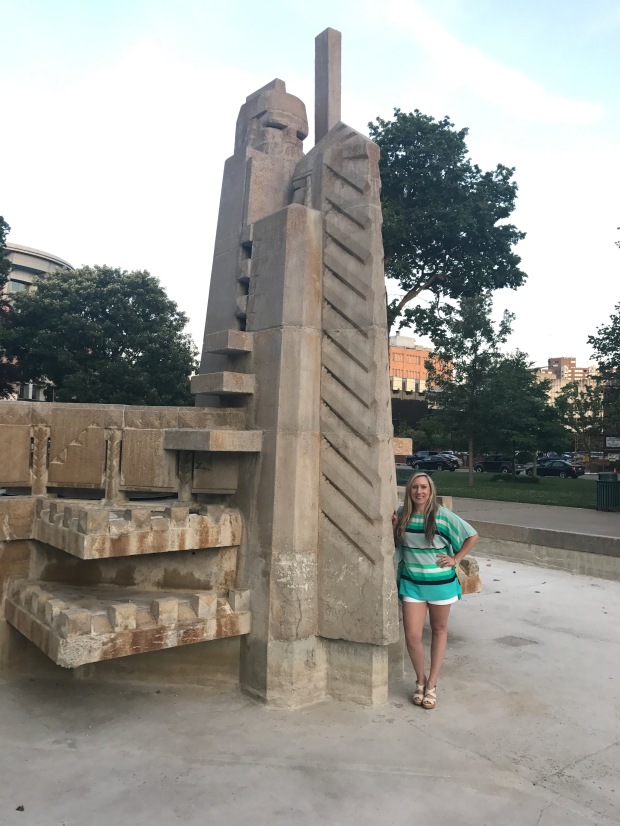 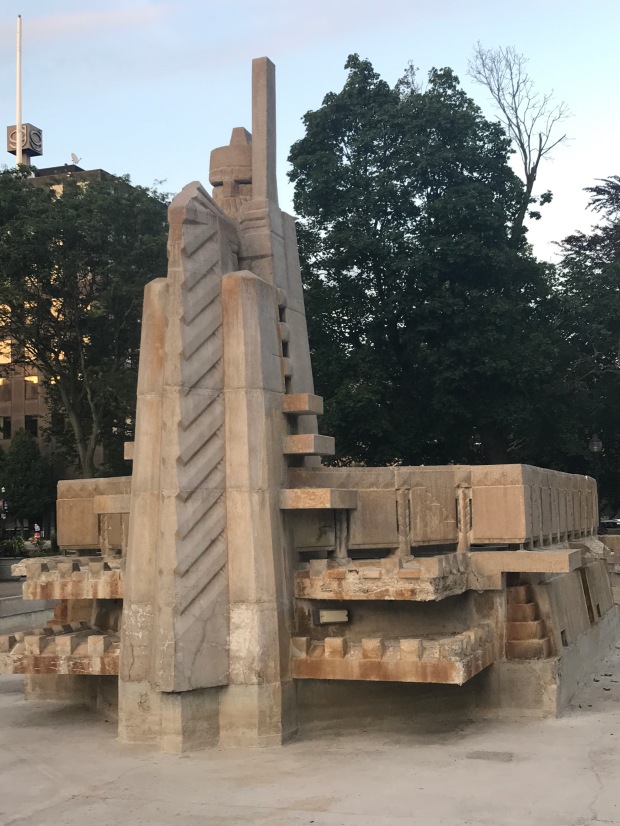